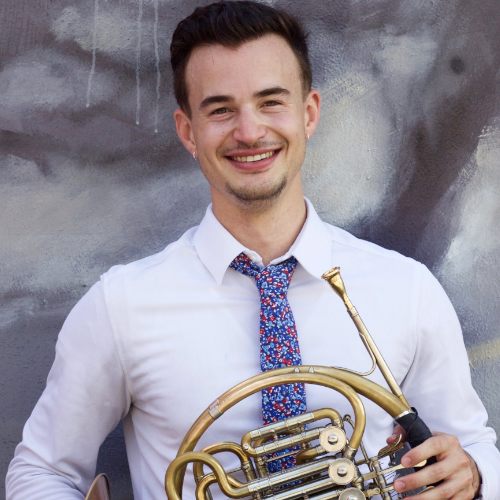 Russell Rybicki is currently acting Fourth/Utility horn in the San Antonio Symphony. Previously, he held positions in the Vancouver Symphony and the New World Symphony. He was a fellow at the Tanglewood Music Center, the National Orchestral Institute and Festival, l’Orchestre de la Francophonie, and the Castleton Music Festival. He has won various competitions including the Brighton Symphony Orchestra Concerto Competition, the National Music Festival Concerto Competition, and he was awarded the Bronze Medal at the Fischoff Chamber Music Competition with the Midic Winds (www.midicwinds.com). Russell was selected to perform Esa-Pekka Salonen’s Concert Étude during Salonen’s residency at Northwestern with the Contemporary Music Ensemble. He has also performed in the jazz idiom, and was a member with the Grammy Award Winning Gil Evans Centennial Jazz Ensemble at the Umbria Jazz Festival in Perugia, Italy.

Russell completed his graduate studies at Northwestern University and his undergraduate degree at the Eastman School of Music studying horn and instrumental Music Education. At Eastman he was awarded the distinguished Performer’s Certificate. His primary teachers include Gail Williams, Jonathan Boen, W. Peter Kurau and Derek Conrod.

I use Zoom, Skype, & FaceTime to conduct our lessons.