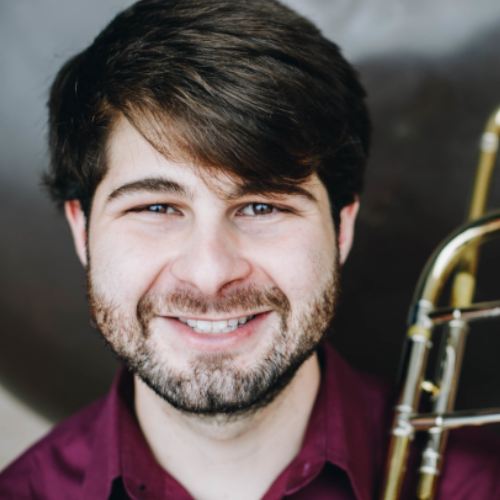 ​Robert Blumstein is a freelance trombonist who recently completed a master’s degree in trombone at Northwestern University, where he studied with Michael Mulcahy, Timothy Higgins, Doug Wright, Randy Hawes, and Christopher Davis. He previously studied with Joseph Alessi at Juilliard and received his bachelor’s degree in 2017. While at Northwestern, Robert also served as the graduate assistant in charge of trombone lessons for non-music majors.

From July to August of 2019 Robert performed alongside top young musicians from around the world as a member of the Verbier Festival Orchestra in Switzerland, where he collaborated with some of the world’s leading conductors, as well as coaches from the Metropolitan Opera. In the summers of 2017 and 2018 Robert had the privilege of being a Tanglewood Music Center fellow, working with members of the Boston Symphony Orchestra as well as distinguished faculty and guests.

I use Zoom to conduct our lessons.