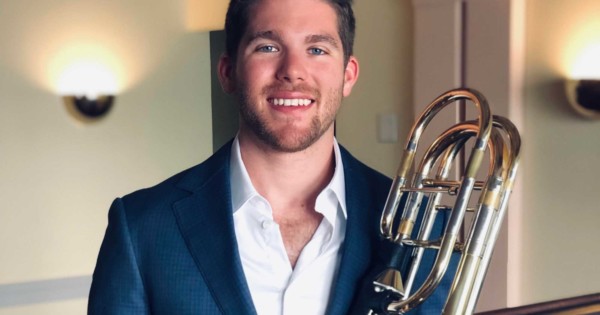 Riley Giampaolo joined the Indianapolis Symphony Orchestra in the Fall of 2016. Prior to joining the ISO, Giampaolo studied at the New England Conservatory with James Markey. While in school Giampaolo spent 2 summers with the Schleswig-Holstein Music Festival in Rendsburg, Germany.

Riley has performed and recorded with both the Boston and Cincinnati Symphony Orchestra’s. Additionally in 2013 he was named the winner of the International Trombone Association’s George Roberts Bass Trombone Solo Competition.

I use Zoom to conduct our lessons.