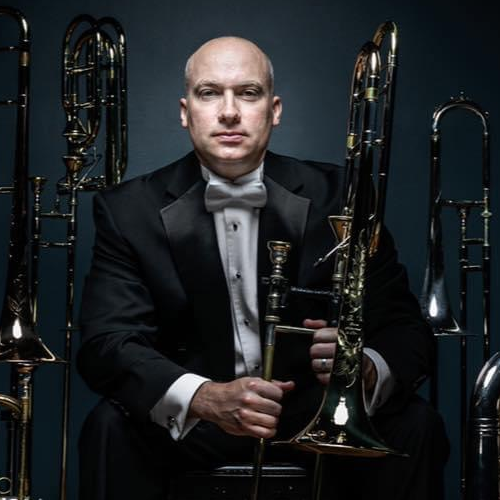 In 2013 and 2009, he spent the Summer as the Principal Trombone with the Seattle Opera for Wagner’s Ring Cycle. He has also performed with the New York Philharmonic, Boston Symphony, Chicago Symphony, San Francisco Symphony, Cincinnati Symphony, National Symphony Orchestra, Baltimore Symphony, Houston Symphony, Tanglewood, Music Academy of the West, and the Aspen Music Festival.

On September 18, 2010, Nathan Zgonc gave the world premiere of Aura by Tony DiLorenzo, in honor of his mother, the late Lorely Zgonc. In 2020, he published his first book of Daily Routines. Nathan spends his time off with his wife, Karen, and their two sons, Jason and Tristan.