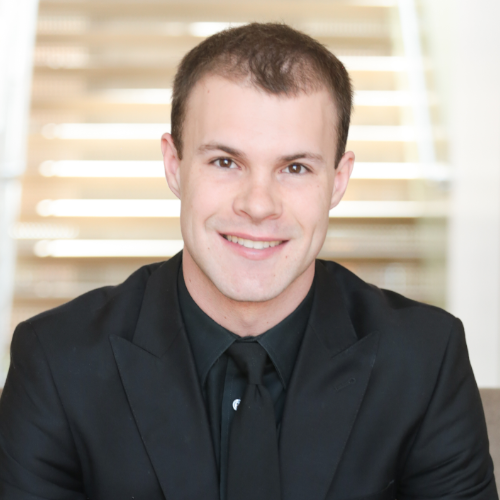 Michael Harper joined the Jacksonville Symphony in January 2018 as 2nd trumpet. He also teaches at the University of North Florida as an adjunct professor of trumpet. He has performed as a substitute musician with the Boston Symphony, Sydney Symphony, Cleveland Orchestra, St. Louis Symphony, Atlanta Baroque Orchestra (on baroque trumpet), New World Symphony, and Chicago Civic Orchestra. Mr. Harper has spent his summers as a member of the Tanglewood, Verbier, Lucerne, Aspen, NOI, AIMS, Chosen Vale, and Interlochen music festivals. He performed the Arutunian Trumpet Concerto with the Cleveland Institute of Music Orchestra under the baton of Maestro Jahja Ling in April 2016, having won the school’s concerto competition the fall prior. He won first prize in the 2016 Tuesday Musical Scholarship Competition brass division and second prize in the 2017 Edith Knox Performance Competition. In March 2010, Michael was featured on NPR’s From The Top with his trumpet trio, the only such ensemble to ever perform on the show.

Mr. Harper earned his Bachelor of Music in Trumpet Performance and in Music Theory at Northwestern University’s Bienen School of Music, studying with Charles Geyer, Barbara Butler, Christopher Martin, and Robert Sullivan. He earned his Master of Music at the Cleveland Institute of Music (CIM), studying with Michael Sachs and Michael Miller. While studying at CIM, Mr. Harper also developed a strong interest and earned certificates in Eurhythmics Pedagogy and Early Music Performance; he began playing the baroque trumpet and performed in the Case Western Reserve University baroque orchestra and chamber groups. He earned a Professional Studies Certificate at the Colburn Conservatory of Music, studying with Jim Wilt. Michael was born in Annapolis, Maryland, and began his musical studies on the bugle at the age of eight, studying with his father.