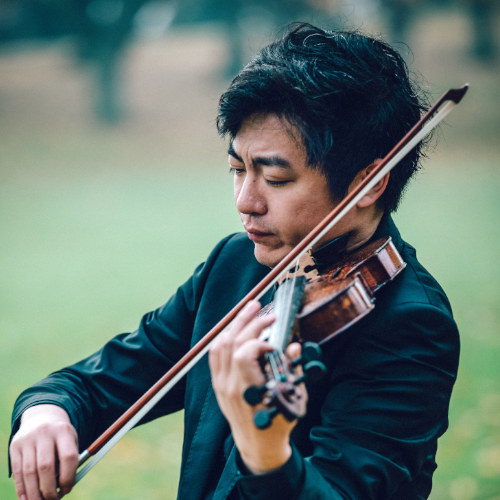 Kehan Zhang is a concert violinist, soloist and chamber musician. He graduated from the soloist class of the Royal Danish Academy of Music in Copenhagen, where he studied with Professor Serguei Azizian. In 2017, he gave his debut concert in the Radiohus in Copenhagen, and in 2018, a recital at Carnegie Hall in New York City.

Kehan began studying the violin at the age of 4. In 2008, he achieved the highest grades in the entrance audition of the Beijing Central Conservatory of Music. While still a student, he won the National Violin Competition and the Chinese National Scholarship.

Every year, Kehan is invited to perform as a soloist at the Beijing International Baroque Music Festival and the Harbin Summer Music Festival. He has performed in over 30 cities in China, as well as in Denmark, Sweden, Norway, Germany, Austria, Slovakia and Serbia. His performances have been broadcast on national TV networks in China, Denmark, and Serbia. They can also be found online at Youku.com, Sohu.com, and Sina.com. He was featured on the cover of China’s biggest national music magazine “Instrument” in 2017. His album “Paganini Piazzolla” was released by Hevhetia in 2018.

His book A Violin Study Book for Childrenwas published and distributed all over China in 2014 by The Blue Sky Publishing House. His thesis “Ways to Express Baroque Music with Modern Violin” won the Academic Prize of CCOM in 2015. His research (since 2007) and publication of the essay “Improving the Sound of Wooden Instruments by Reconstructing the Vibrations” is of increasing interest to his colleagues. Besides, he also performs on viola and baroque violin.