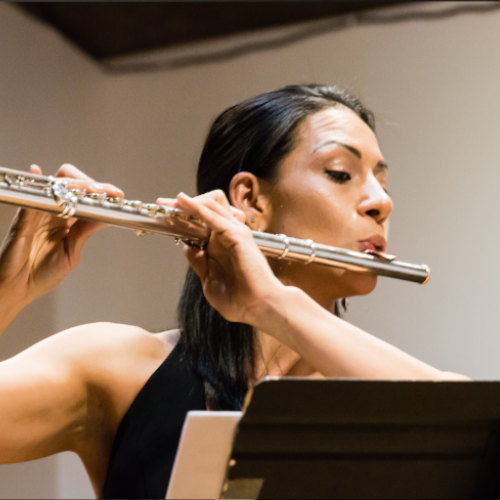 A native of San José, Costa Rica, Gabriela Vargas performed her concerto debut as the winner of the Young Artist Competition with the Orquesta Sinfónica Nacional de Costa Rica in November 2003. Since then, she has won multiple awards and competitions that have led her to be a regular guest for performances and flute masterclasses in Central, South and North America.

Well known for the beauty of her tone and her musical flexibility, Gabriela Vargas feels equally at home in an orchestral, chamber music or solo musical environment. Vargas is an active musician in the Chicago area where besides performing with the major classical ensembles, she can often be heard on the Contemporary and Brazilian music scenes. Her performances have been broadcasted live on 98.7WFMT and recorded for Albany Records. Her latest performances include the Lyric Opera of Chicago and the Chicago Philharmonic.

As an active instructor, Gabriela is currently a flute and chamber music coach at the Chicago Youth Symphony Orchestras in addition to keeping her private studio in Chicago.