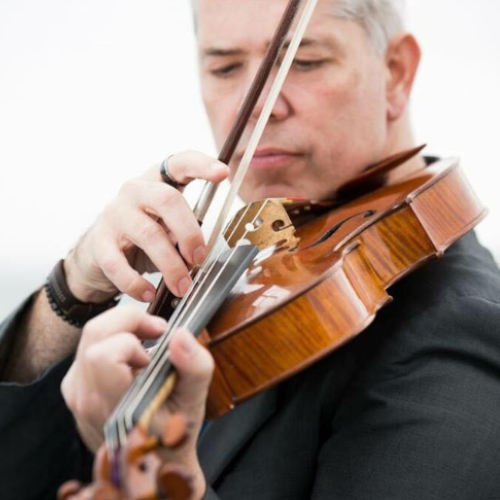 Christian Colberg is currently the Principal Viola of the Cincinnati Symphony Orchestra (Louise D. & Louis Nippert Chair). Prior to joining the CSO, he was the Assistant Principal Viola of the Baltimore Symphony Orchestra. Mr. Colberg is also an Artist-Faculty member at the Aspen Music Festival and School, and is Principal Viola at the Bellingham Festival of Music. Colberg began his musical studies at the age of five in his native Puerto Rico. Known today for his versatility, Colberg excels as a violinist and violist. In addition, he has also garnered accolades as a composer and a conductor. Recipient of numerous awards including the Alpha Delta Kappa Foundation Fine Arts grant, Colberg was honored by the House of Representatives of Puerto Rico in 1985, and again by the Senate in 1994 for his achievements in the classical music field. He is a graduate of the Peabody Institute of Music, having studied with Shirley Givens. Mr. Colberg has also been on the violin faculty of the Peabody Institute of Music and on the viola faculty of the Cincinnati College-Conservatory of Music

He has played numerous performances in the United States, the Caribbean, Canada, Central America and Europe with notables such as bassist Gary Karr, pianist Samuel Sanders, violist Milton Katims and composer Marvin Hamlish. Colberg played his New York City debut under the auspices of Música de Cámara Inc. in 1992 to excellent reviews which described him as an artist with “real romantic ardor, charm and a good deal of brilliance…” (Strings Magazine). He has made a strong impact on audiences and critics alike which is best described by the music critic of Orpheus Magazine of Berlin. “Christian Colberg exhibited a dynamic temperamental flair, and sparks from his fiery playing agitated the atmosphere and the audience response.”

I use Skype or Face-Time to conduct our lessons.

I accept Venmo. Message me for more details.