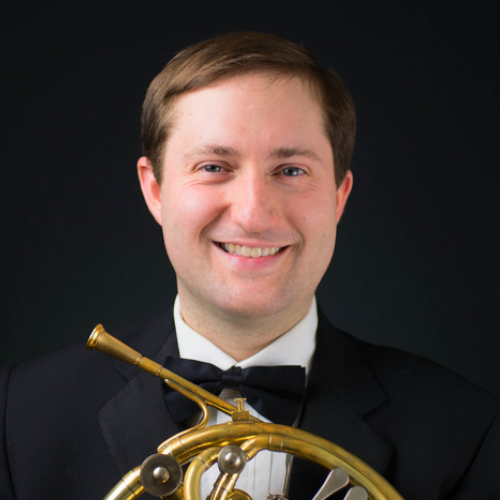 Brad Gemeinhardt, 3rd Horn of the Metropolitan Opera Orchestra since 2007, has performed in a broad range of classical and commercial settings, including performances with the Chicago Symphony, New York Philharmonic, Philadelphia Orchestra, San Francisco Symphony, Orpheus Chamber Orchestra, American Symphony Orchestra. and the Orchestra of St. Luke’s. Also, he has performed on many Broadway shows, recorded television and radio jingles, commercial recordings, and motion picture soundtracks. As a teacher of primarily high school age students, he has had great success with his students regularly being accepted to the most prestigious music schools including the Juilliard School, Rice University, Northwestern University, New England Conservatory, Cleveland Institute of Music, and the Eastman School of Music, in addition to students pursuing careers in other fields at Harvard, Columbia, and Stanford. Brad received a Bachelor of Music degree from the Juilliard School where he studied with Jerome Ashby. He is also a graduate of the Interlochen Arts Academy where he studied with Bruce Henniss and Julie Schleif. Brad serves on the faculties of the Juilliard School Pre-College Division, Columbia University, and is a Valade Fellow at the Interlochen Arts Camp. I’ve included a video of me leading the Wagner Tuba section at the Metropolitan Opera. If you’re interested in learning more about the Wagner Tuba, just ask!