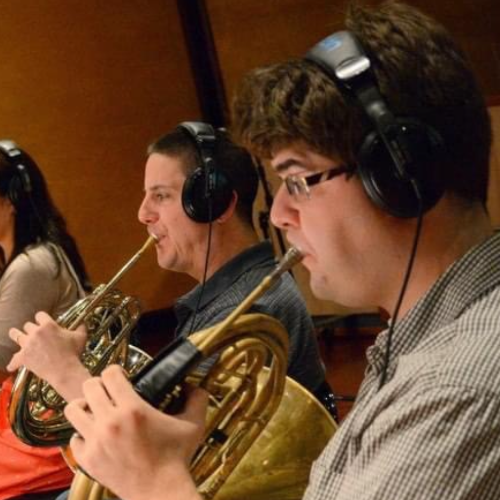 As a soloist, Mr. Jaber has appeared numerous times with the San Diego Symphony, most recently playing John Williams’ Horn Concerto in May 2019. He received First Prize in the university division of the 2003 American Horn Competition and was the winner of the Aspen Music Festival’s 2004 brass concerto competition. He was also featured at the first-ever Conservatory Project recital series held at the Kennedy Center in Washington, DC. He has spent summers at the Aspen Festival, the National Orchestral Institute, the Pacific Music Festival and the Marlboro Music Festival and has also toured with the Musicians from Marlboro series. He remains active as a recording artist in the motion picture studios of Los Angeles, with hundreds of different projects to his credit.

Mr. Jaber is a graduate of the Interlochen Arts Academy, Rice University’s Shepherd School of Music and the Colburn Conservatory where he was the first horn player ever to be graduated from the school. His teachers were William Ver Meulen, John Zirbel, David Jolley and Bruce Henniss. He plays on a horn by S.W. Lewis of Chicago.

I use Zoom, Skype, Google Meets, Messenger, or Face-Time for lessons.